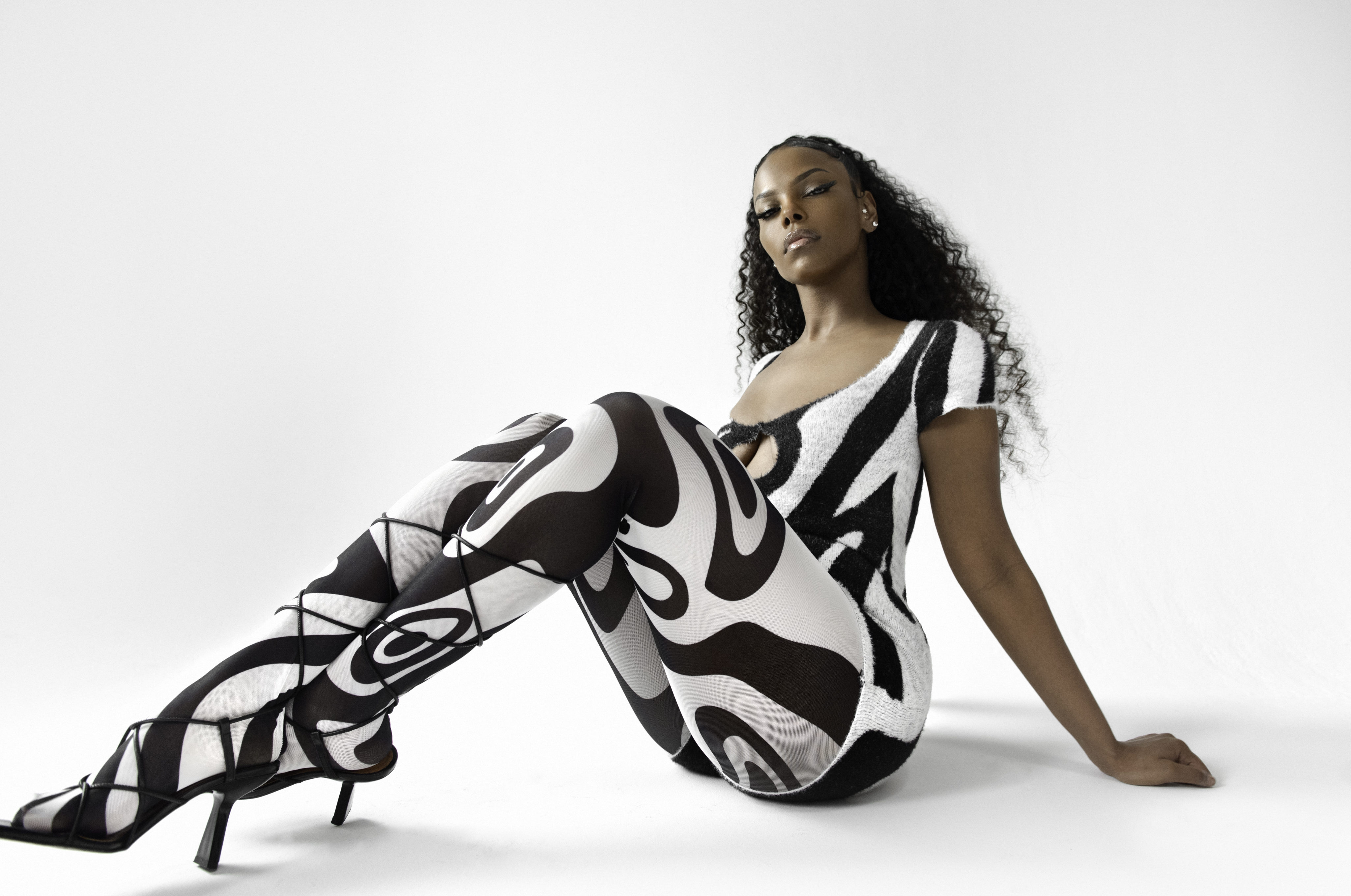 The Somali-Canadian singer talks about fashion, identity and uses sci-fi influences to create her musical utopia.

Amaal has been dreaming of a world of her own for some time now.

For most of her life, the Somali-Canadian singer has been constrained by rigid expectations of womanhood due to her conservative upbringing. She grew up in Toronto as the fourth of 10 siblings, after her family fled civil war in Somalia in the 1990s. For years, Amaal felt the limitations of simply existing with a multitude of identities. . But now she’s created a vibrant universe that celebrates them inside her second EP milly.

the R&B artist spent many sleepless nights building vision boards on Pinterest to create his utopian universe. “I asked myself, ‘What would a world look like where people didn’t have to conform to the identities given to them?’ “, she recalls. Influenced by the futurism of the 90s and the beginning of the 2000s, millyThe design world of is filled with saturated colors, chrome visuals and confident lyrics delivered by flowing vocals.

Released in October 2021, the EP is an unapologetic exploration of femininity, revolving around themes of sexual liberation, vulnerability and unapologetic self-expression. And on April 29, the 32-year-old singer debuted another track: the extended single “Lullaby.” The song, featuring artist Syd, is based on millythe stimulating universe of by exploring fearless professions of love and lust.

By creating a liberating universe of melodies and meanings, Amaal found a sense of otherworldly power. After the release of “Lullaby”, the artist spoke with FASHION about using the imagination to confront oppression, enter the Afrofuturist renaissance, and embrace every part of her femininity.

What was the inspiration behind the futuristic visuals of milly?

I wanted [create] what I thought the future might look like. A lot of my music is about confronting misogynoir and all the old oppressive ideologies that have constrained me for most of my life. My music helped me discover the woman I was meant to be. But it took me all these years to get here. So I asked myself, “What would a world look like where people didn’t have to conform to the identities given to them? And that’s what I kept seeing. It was very supernatural, cosmic and beautiful.

Your work has been characterized as part of the “contemporary afrofuturist renaissance”. How would you describe this movement?

It’s that essence of black people taking control, sharing, using their voice and putting their stamp on their art. Their identity is present there without being remixed by someone else or being told “Oh, that’s too much”. It is completely living, being and doing what we love. I really wanted to be part of that. I wanted to get my art out there and do it in a way where I challenged those [constraints] that I have had to deal with for most of my life. I just think he shamelessly exists.

In the world of millywhat are the values ​​and laws at stake?

Self expression. Not having to comply. Not having to censor yourself. Sure, peace and love, but also there’s nothing wrong with a little argument. It’s okay to be confrontational and to set your limits. It’s about being able to create what you want, love who you want, and express yourself without judgment. That’s what I always wanted for myself, because I always felt like I had multiple identities. Being from Somalia, being a Canadian and being a Muslim, I felt I had to choose. But I am all these things; this is my story. I see the rules of my world this way. But I wouldn’t even call them rules – just the way of life.

Can you describe your fashion sense in three words?

Vintage. I love to recreate and refurbish pieces according to my own sense of style. Nervous. And sexy. If I can add one more, it’s masculine. I love to wear an oversized suit or jacket with pants.

How do you incorporate your Somali heritage into your style?

For years I wore henna. I also have all this gold jewelry from my mother that has very distinct Somali styles. The other day, I was wearing one of my mother’s traditional headscarves. She got most of them from her marriage; they are a symbol of having transformed into a woman. These are beautiful scarves with distinctive red dots on them. So anyone from East Africa knows this is a traditional Somali headscarf that women wear. I wore it as a scarf, turned it into a halter top and wrapped it around my neck. It’s little things that I do to try to incorporate it.

What is the jewel that is particularly close to your heart?

Probably my necklace. It has my name on it in Arabic. This is one of the first gold necklaces my mom and dad gave me, and it’s still on. I’m wearing it right now.

What’s the last thing you felt grateful for?

My family. We [just marked the end of Ramadan]. It is a very holy and sacred month and we are breaking our fast together. And every day you reflect on what you are grateful for. To always have them there to support me, and me for them, I’m really grateful for that.

What is the last dream you had that you remember?

Some of my sweet dreams are about my mother. I haven’t seen her since the start of the pandemic. She got stuck in Somalia and stayed there. So whenever I dream of her, I’m on cloud nine.

When do you feel most beautiful?

When I’m in the sun. Other than that, it’s when I take care of myself: feed my body, read well, and do whatever I need to do. When I’m happy, I feel beautiful.