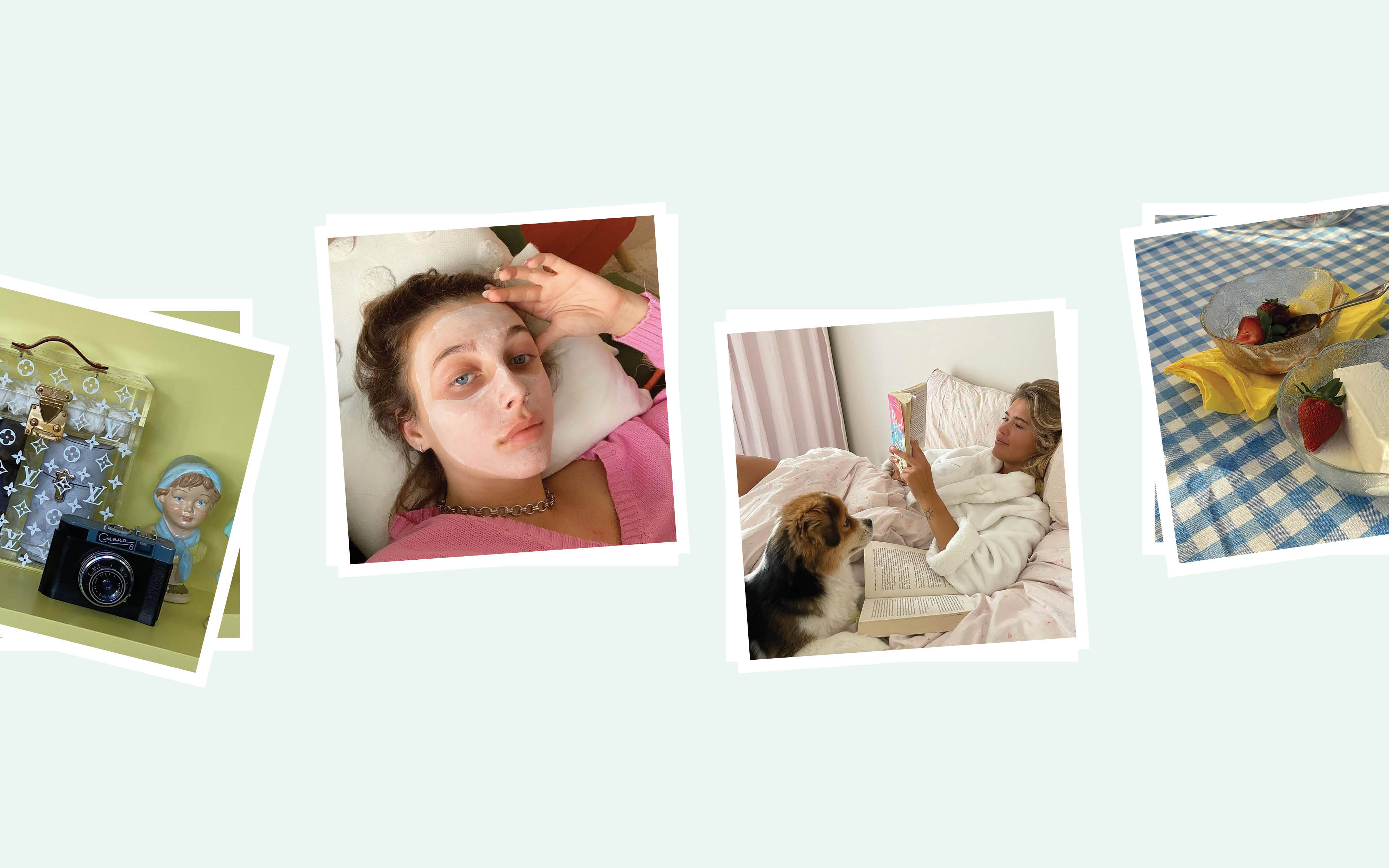 Instagram was once an endless scroll of perfectly organized lives. Then the pandemic hit and authenticity began to eclipse artificiality.

I was an early adopter of Instagram. Over ten years ago, I downloaded the brand new app to my iPod Touch and began documenting random moments from my early teens: my colorful socks, the movie playing on my TV, a selfie duck head mirror. My clumsy collection of spontaneous, often blurry photos had no other purpose than to be a sort of diary to share with friends. In 2022, the idea of ​​treating a social media account in such a blasé way is almost laughable.

Over the past decade, what began as an online album has quickly evolved into a meticulously managed visual identity. As Instagram grew, so did its curated reality concoction, and soon influencers and celebrities (thanks, Kardashians) were dominating the app. Planned, posed, and perfectly filtered photos became a prerequisite for publication, and sponsored content added to this perpetual perfectionism.

But the disconnected, hyper-curated aesthetic of “performative Instagram” has set unrealistic standards and, frankly, has become boring — especially as COVID-19 has normalized less-than-glamorous lockdown life. Mariah Barents, an influencer who follows social media trends, says that with the world stuck at home, users are tired of trying to present such an idealized narrative. “Before, influencers would describe these perfect lives and they seemed so unreachable,” she says. “We’re just tired of wanting to be perfect.” As a result, the 2020s welcomed a new era – one that threw away the proverbial rulebook of filters, posed precisely color-coordinated travel photos and outfits, and ushered in the new wave of “casual Instagram”.

“Casual Instagram is a style of posting where you try to convey to your audience that you don’t really care how they perceive you,” says Akili Moree, a content creator who has created several viral TikToks criticizing the trend. . Made famous by influencer Matilda Djerf, YouTuber Emma Chamberlain and singer Dua Lipa, laid-back Instagram projects a nonchalant, almost accidental beauty that performative Instagram never did. Glamorous photoshoots were swapped for slice-of-life snaps capturing everyday existence – running errands, silly facial expressions, empty living rooms – usually displayed in an assemblage of images known as “photo dumps “. However, these depictions are misleading.

“When we post, we are, by definition, ‘high performers,'” says psychologist Joti Samra. “We press the ‘on’ button and look towards a camera. There will always be performance components to this. It’s a mistake: when we think something looks so natural, it never does.”

Barents agrees, explaining, “I think there’s always an inauthentic part of the influence because the content has to be somewhat aesthetic.” Case in point: Before even touching his camera, Barents needs to find a suitable background and natural light, set up his gear and, of course, put together the right outfit. Next is the ever-so-subtle pose, to convey the off-the-cuff feeling we’ve come to associate with the nonchalant aesthetic. The whole process, including choosing and editing a photo, usually takes over an hour, and sometimes she repeats it with multiple looks in a day for a stock of content.

While laid-back Instagram is, in theory, supposed to prevent counterfeiting, Samra argues that it actually makes it worse. “It exacerbates performance,” she says. “To sound spontaneous and unplanned takes planning, so the irony is that it’s really no different than other types of posts.” And now, instead of making us want to book a tropical getaway, the app can also make users feel like their mundane daily lives don’t live up to the experiences of others.

Hence the meteoric rise of TikTok, which has undoubtedly influenced the new era of non-posed display. The video-sharing platform is arguably the antithesis of Instagram: it’s open about its performance aspects — like rehearsed skits and dance routines — while inviting creators to post spontaneous content in streams. awareness. After the casual content boom on TikTok in 2020, the trend migrated to Instagram, thanks in part to users like Barents encouraging others to stop worrying about how their feeds looked. But “casual” means different things on different platforms. Although creating a TikTok video simply involves opening the app and hitting “record”, there’s still a degree of selection that goes into sharing the right candid photo on Instagram.

Moree understands this, which is why he chooses to lean into the fantasy elements of the platform. “Instagram mythologizes our lives and makes us think we’re a little more important than we are,” he says. “I just think it’s a game.” When we choose to view Instagram as a form of performance art, we can use it to foster creativity. The problems arise when we tell ourselves that it is possible to circumvent the performance of an application rooted in curation.

So, is the secret to navigating the casual Instagram (and all social media) as simple as seeing it for what it really is: a glorified Michelangelo mosaic of ourselves? Maybe, although that’s always easier said than done. But sometimes I wish I could see all those Instagram photos from my early teens, which were eventually replaced by a more intentional feed. There was an innocence behind the silly selfies and blurry snapshots that I sometimes wish I could exploit. After all, what could be more relaxed than reality?