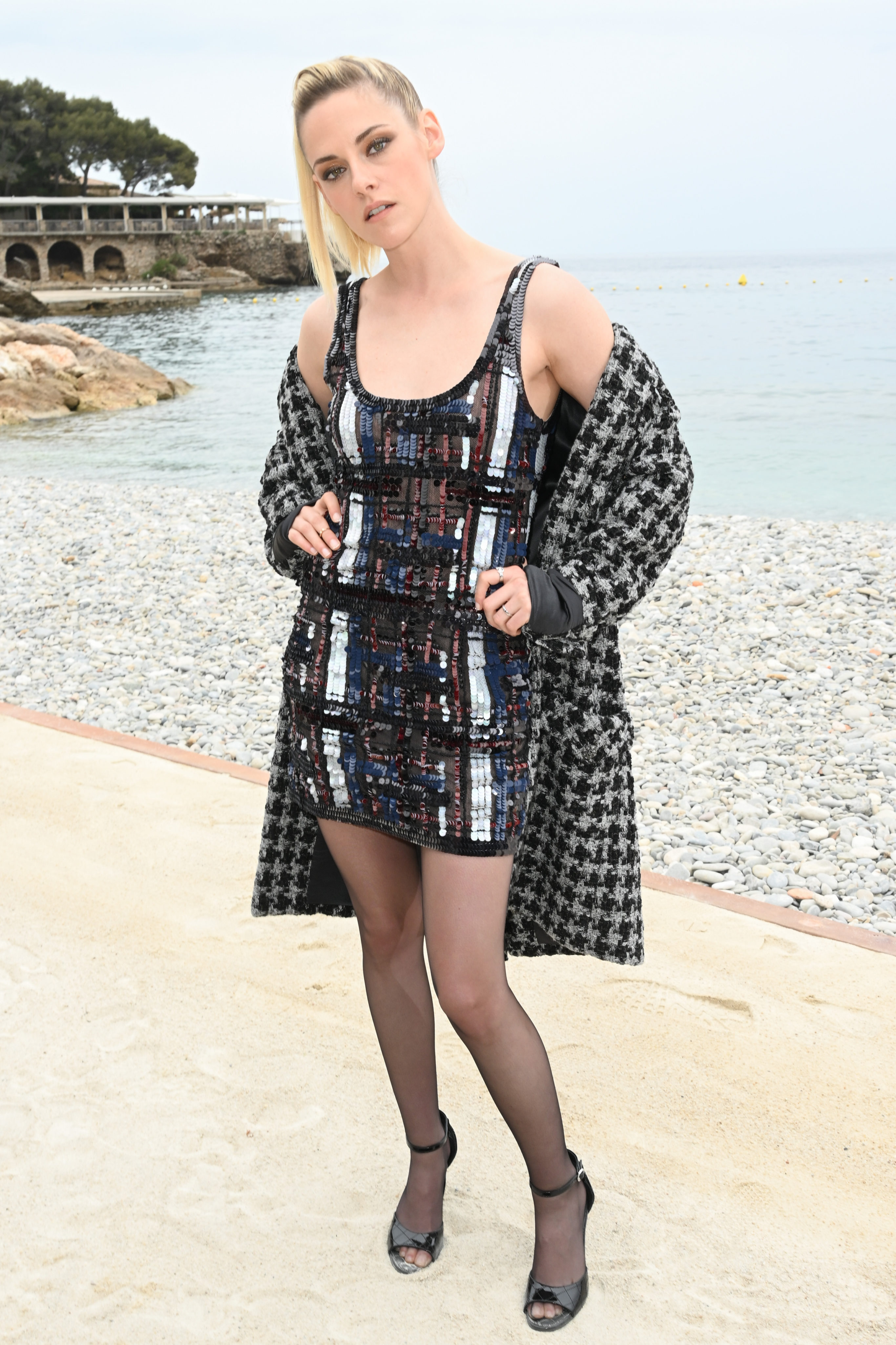 Virginie Viard was inspired by the Monaco Grand Prix circuit for the house’s new Cruise collection.

“Fun” is how actress Kristen Stewart summed up the Chanel Cruise 2022/2023 collection presented May 5 at the Monte-Carlo Beach Club just outside Monaco.

“There’s something about looking at high heels and a bathing suit walking down the beach,” Stewart mused. “I laughed out loud throughout the story. The collection had a real dynamism.

She wasn’t the only one to find designer Virginie Viard’s latest creation full of fantasy. Clients, press and celebrities including Tilda Swinton, G Dragon and Johnny Depp ex Vanessa Paradis came from all over the world for the event. And there were plenty of locals too, including royals such as Princess Caroline of Monaco (a best friend of the late Chanel designer Karl Lagerfeld) and her daughter Charlotte Casiraghi.

Guests lounge under striped cabanas while models strut along the water’s edge. Many looks riffed on cultural and leisure activities in the region. There were pretty pink tennis racket cases, superyacht-ready swimsuits and black satin shoes inspired by the pointe shoes worn by Les Ballets de Monte-Carlo. Slot machine purses have had a nod at the Casino de Monte-Carlo, made famous by films such as golden eye and Ocean’s Twelve.

And the Monaco Grand Prix, which takes place at the end of this month, provided endless entertainment. Several models wore racing helmets or miniature versions turned into handbags. The tweed and silk suits lined with terrycloth seemed like luxurious versions of what a crew might wear.

Lagerfeld had always wanted to show at the Beach Hotel, Viard shared in a touching press release. “For me, Monaco is above all a matter of feelings. It’s Karl, Caroline, Charlotte. Very early, I knew that we would do a show there, and more precisely at the Beach Hotel. Besides, Karl dreamed of it. Lagerfeld owned the villa, La Vigie, above the beach club and shot several Chanel campaigns at home, including an iconic ’90s one starring Linda Evangelista and Christy Turlington. “I will never forget the moments I spent there: terraces and balconies, large parasols, baskets of flowers – so much beauty,” recalls Viard.

These flowers appeared in bib-like clusters on striped shirt dresses and black satin dresses. But it was the racing prints that spoke to Stewart.

“I don’t know if it’s because I like cars and I like to drive really fast,” she said, adding that she was not one of many to have recently started. watching Formula 1 races. “The first car I drove as a teenager had a strip of tiles around it and the roof of the car was completely tiled.” One could even say that she has a checkered past.

Browse the gallery below to see all the looks from the Chanel Cruise 2022/2023 collection.