From fashion, accessories to the latest clubs, cafes 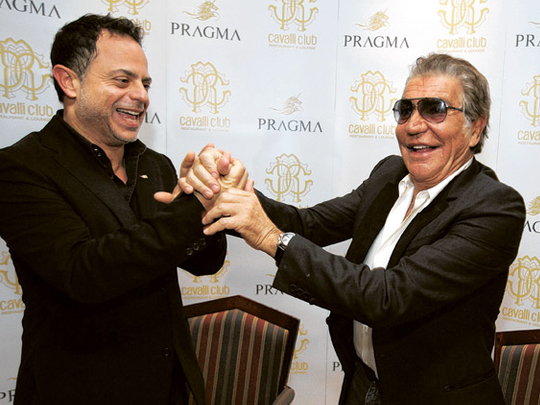 Dubai: The alliance between Italian label Roberto Cavalli and Pragma has been strengthened with a network of Cavalli-branded clubs and cafes in the region and beyond.

There will be five new clubs and 15 cafes opened in Beirut, Istanbul, Mumbai, Shanghai and Sao Paulo over the next five years.

Investments are estimated at around $ 150 million. In the first phase, two clubs and three cafes will open. In the second, which will be spread over a period of three years, 10 additional points of sale will be opened.

They were to be financed from funds dedicated to expanding the Pragma Group’s lifestyle business, a company spokesperson said.

The two entities worked together to create a Cavalli Club in Dubai, which opened about a year ago.

“The Cavalli Club Dubai is probably the best interpretation of the lifestyle I created with my fashion,” said Roberto Cavalli, founder and president of the company that bears his name.

“With the experience of the Pragma group, we will further expand the network of clubs to entertain my subscribers in some of the most important cities in the world. “

In its core business of fashion, the name Cavalli has become popular since its launch in the early 1970s. The range for women and men then extended to fashion accessories.

“We are making a substantial investment to facilitate this expansion and this is being conducted on the basis of extensive research which has revealed a real hunger in emerging markets for the branded lifestyle experience,” said Joe Tabet, Group President. Pragma from Lebanon. .