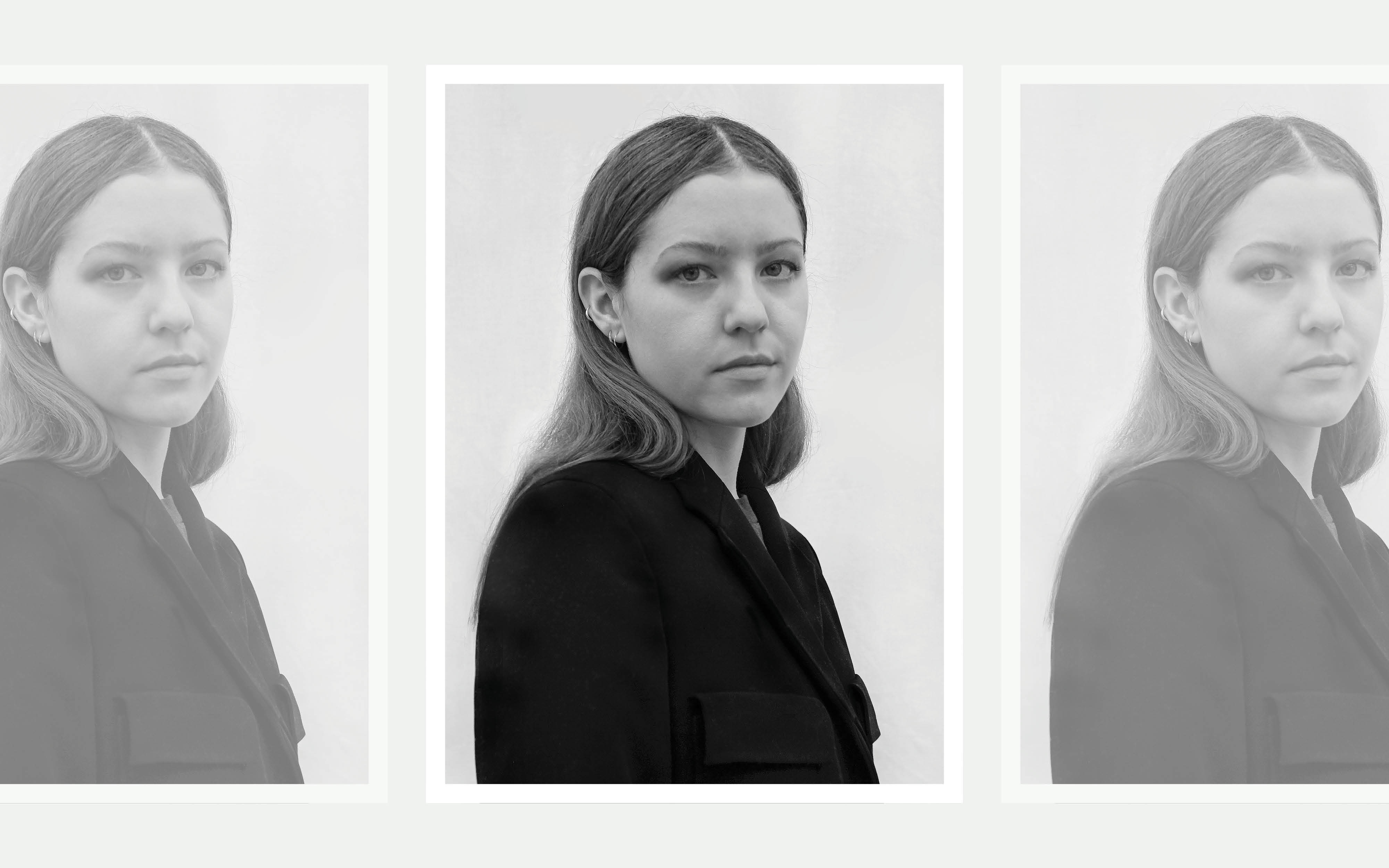 “It was just a crazy whirlwind of sketching, developing and collaborating with his team.”

Coming from five generations of seamstresses, did you always know you wanted to be in fashion?

No, actually. My mother was a very practical woman, so my sister and I were never exposed to the exciting side of fashion. It wasn’t until we secretly started collecting magazines and watching TV that everything changed. I was amazed by fashion, and it eventually became my creative outlet.

What was the best lesson you learned from British designer Yang Li?

Working with Yang Li in London had a huge impact on me as a designer because I was so involved in his process. I basically learned how to create a collection by being exposed to Yang’s research and development methods. His goal is always to make a piece fit perfectly. When I finally started my own studio, I brought that same mentality with me.

Why is it important for Kathryn Bowen to be a slow fashion brand?

For the industry to evolve, a complete change in mentality must occur in the consumer. No need to buy 25 new pieces every season! What I try to focus on for my own brand is creating well-made items and unique designs so my customers can keep my clothes in their wardrobes for decades.

How did the opportunity to dress Kim Kardashian for her new KKW fragrance come about?

Apparently my brand Kathryn Bowen had been on her radar for a while, but it wasn’t until November 2021 that Kim’s team contacted Instagram and asked if I could create three looks for her next fragrance campaign . I only had two weeks to get out! From that point on, it was just a crazy whirlwind of sketching, developing, and collaborating with his team.

What surprised you most about your work with her?

Certainly a small designer like me was on her radar for such a big project. About a week later his team called me and asked if I could come to LA in case something needed to be changed. Working with Kim, I discovered that she is so polite and humble and really works hard for everything she has achieved. She’s a smart woman, and working with someone like that is pretty amazing.

Which three celebrities do you hope to dress one day?

I really want to dress FKA Twigs, Hunter Schafer and Grimes. FKA Twigs and Grimes both support emerging designers and have their own unique and ethereal look. I think some of my clothes would fit really well into their aesthetic. They are both incredibly talented and I am always inspired by their originality. As a trans actor with a super cool sense of style, Hunter Schafer brings so much inclusion to the industry and has a huge impact in the fashion world. These women stand out as style icons to me because of the incredible work they produce.

How do you think social media has changed the fashion industry?

It definitely made the fashion more mainstream, but not necessarily in a good way. There are so many new trends every season – and so many fast fashion brands that directly feed into those trends – that social media has really contributed to the industry’s waste problem. But on the other hand, for small brands like mine, it’s much easier to promote yourself and have a bigger audience. So, in a way, these platforms can make new brands more accessible, but it’s also become harder to stand out because of all the clutter.